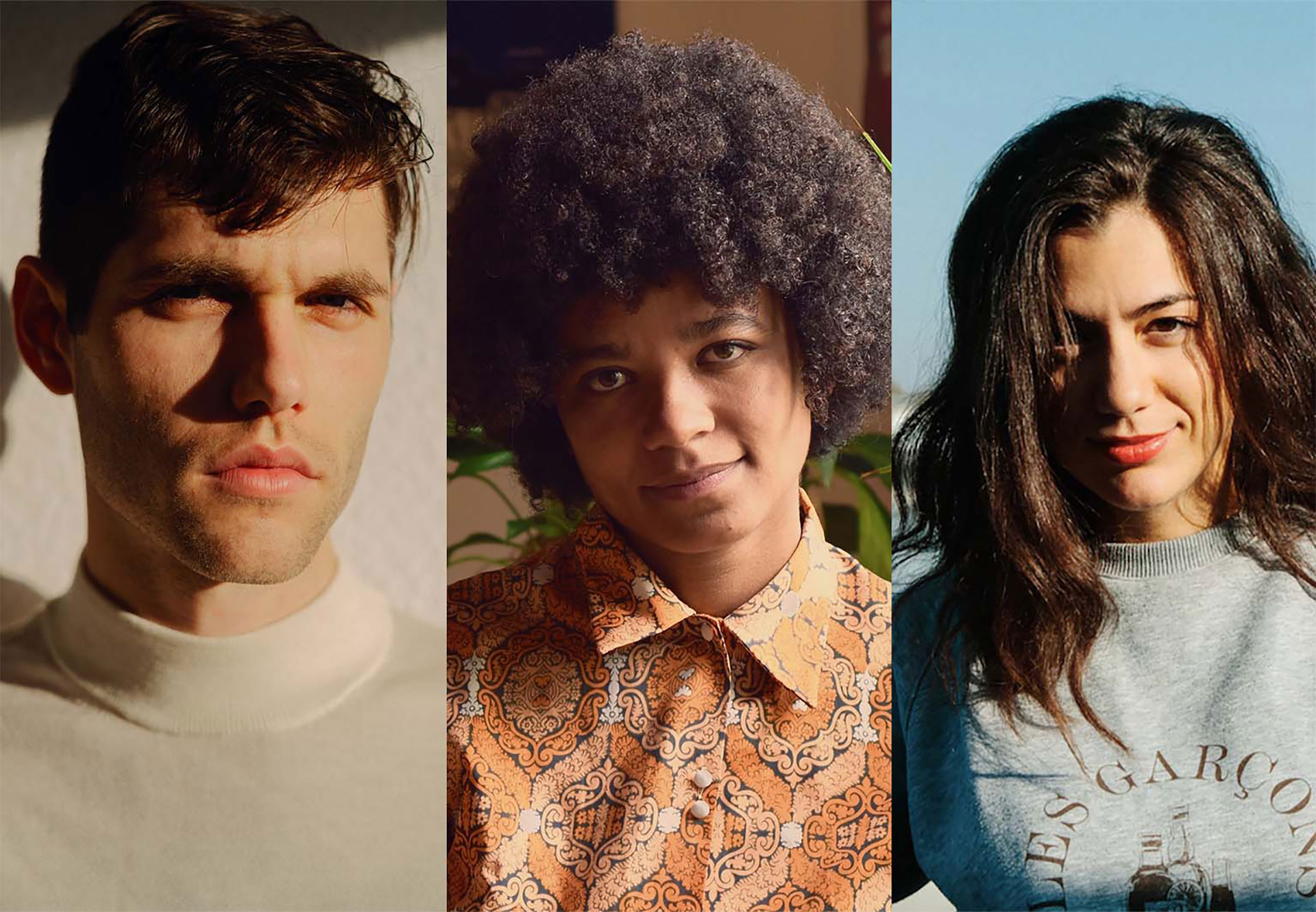 Michelle Steinbeck, Laurin Buser and Fatima Moumouni read stories from a different world that evening. The "real" is sometimes almost unbearable. So is changed with imagination,

Michelle Steinbeck, Laurin Buser and Fatima Moumouni read stories from a different world that evening. The "real" is sometimes almost unbearable. Imagination is used to change what doesn't fit with the actual situation - even if it's only with the help of a utopian rhyme.
Michelle Steinbeck, Laurin Buser and Fatima Moumouni come together again at Reine Victoria. After they almost ended the corona pandemic with their last reading by presenting texts from the lockdown that was believed to be far away, this time they sharpen the view of the strange and strange.

Michelle Steinbeck is an author, senior editor of the Fabrikzeitung and columnist of the WOZ. In the 2021/22 season she is resident author at Theater Basel. In 2016 she published the novel My Father was a Man on Land and a Whale in the Water and in 2018 the volume of poems Locked Up Birds Singed More. Her literary and journalistic texts have been translated into several languages. She is a co-founder of the author collective RAUF.

Fatima Moumouni is a spoken word poet, presenter and columnist. In the Gessnerallee Zurich, Moumouni moderates her series of talks “THE NEW INSECURITY. Disco edition” and thus regularly brings a plea for more insecurity to the stage. With the journalist and musician Uğur Gültekin, she moderates Switzerland's first post-migrant Late Night Show as part of the DIASBOAH project, the platform with a migration advantage.
Together with Laurin Buser she wrote the play BULLESTRESS, which is currently being performed at the Zurich Schauspielhaus. The two were also awarded the Salzburg Bull in 2021 for their work as a spoken word duo.

Laurin Buser is a rapper, spoken word poet and moderator. He has toured with four full-length shows, currently with the evening program "GOLD" together with Fatima Moumouni. In addition to the Salzburg bull, they won the German-speaking and Swiss poetry slam championships together in 2019. He worked as a host for Funk, ZDF's investigative online format Hunters & Collectors. His album Schmuck was released in 2017 on the Kunststadt label of Hamburg rap star Samy Deluxe. His new singles “Just like you” and “Britney” were recently released.

Admission: CHF 10.-, Buy tickets online or at the box office