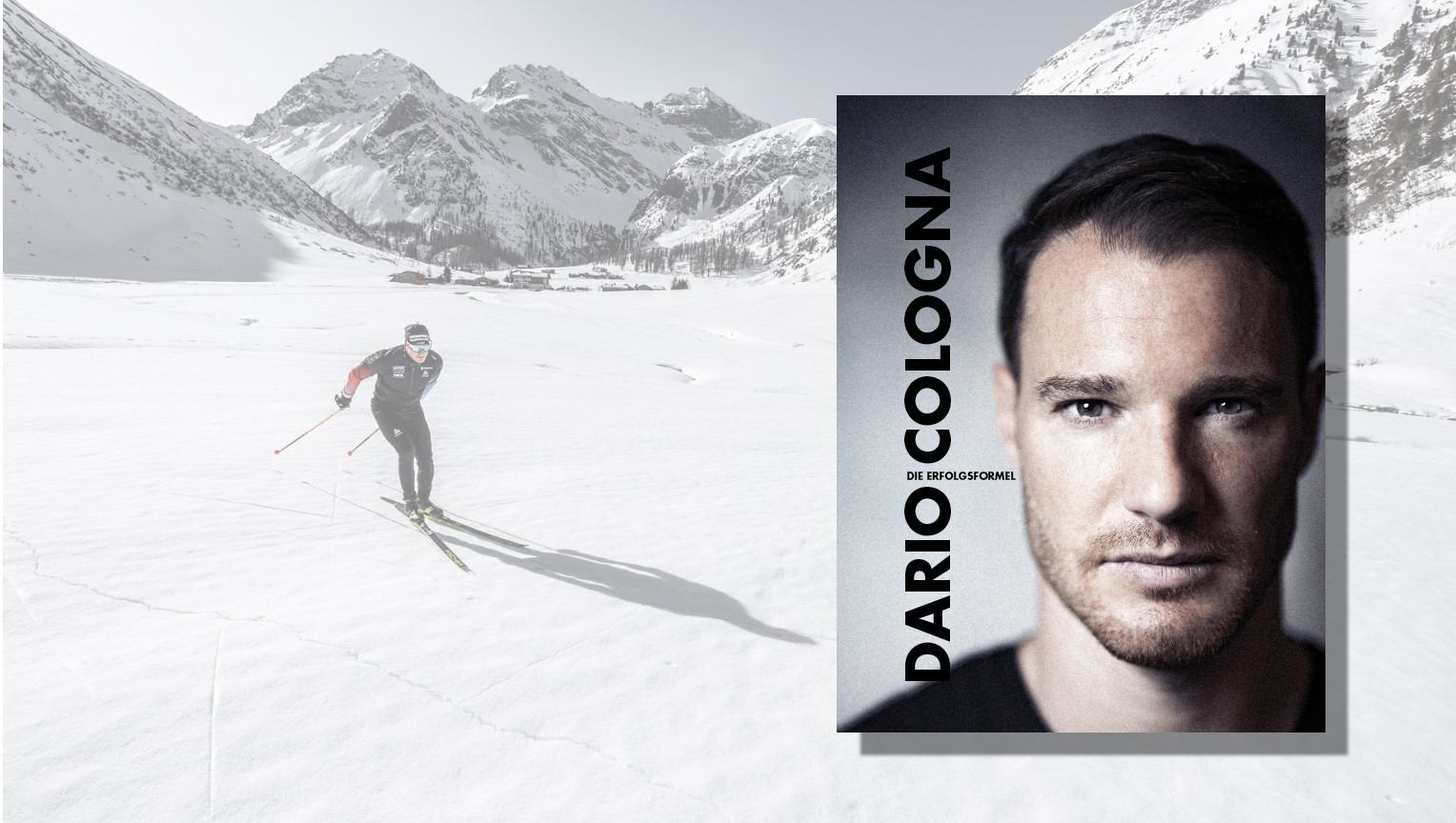 Dario Cologna signs at the aperitif

Four Olympic victories.
Four victories in the overall World Cup.
Four victories in the Tour de Ski.
No Swiss winter athlete was more successful than Graubünden cross-country skier Dario Cologna.
Nothing could stop him, not even a still unexplained broken ski in the last meters of the Olympic 50 km race in Sochi.
What is Dario Cologna's formula for success? What drove him? What made him doubt?
“Dario Cologna – the formula for success” reveals fascinating insights into the inner workings of a phenomenon. With amazing insights for amateur athletes.
Roger Federer, Petter Northug, Nino Schurter, Simon Ammann, Carlo Janka, Bernhard Russi, Ueli Maurer, sports journalists, former coaches, cross-country skiing colleagues, sports physicians, performance diagnosticians helped with the analysis - and of course his wife Laura, his parents and siblings.

"I've always followed Dario's career. The way he found his way back to the top after serious injuries motivated me a lot!»

«The world star of cross-country skiing looks good and stays relaxed even under the greatest effort. After his Tour de Ski victory, we are tempted to call Dario Cologna a Hugo Koblet of the track. But that would be an understatement! Dario Cologna is not only lively, urbane and light-footed like the Pédaleur de Charme, no, Cologna is also as cool as an ice cube in the Arctic Sea.»