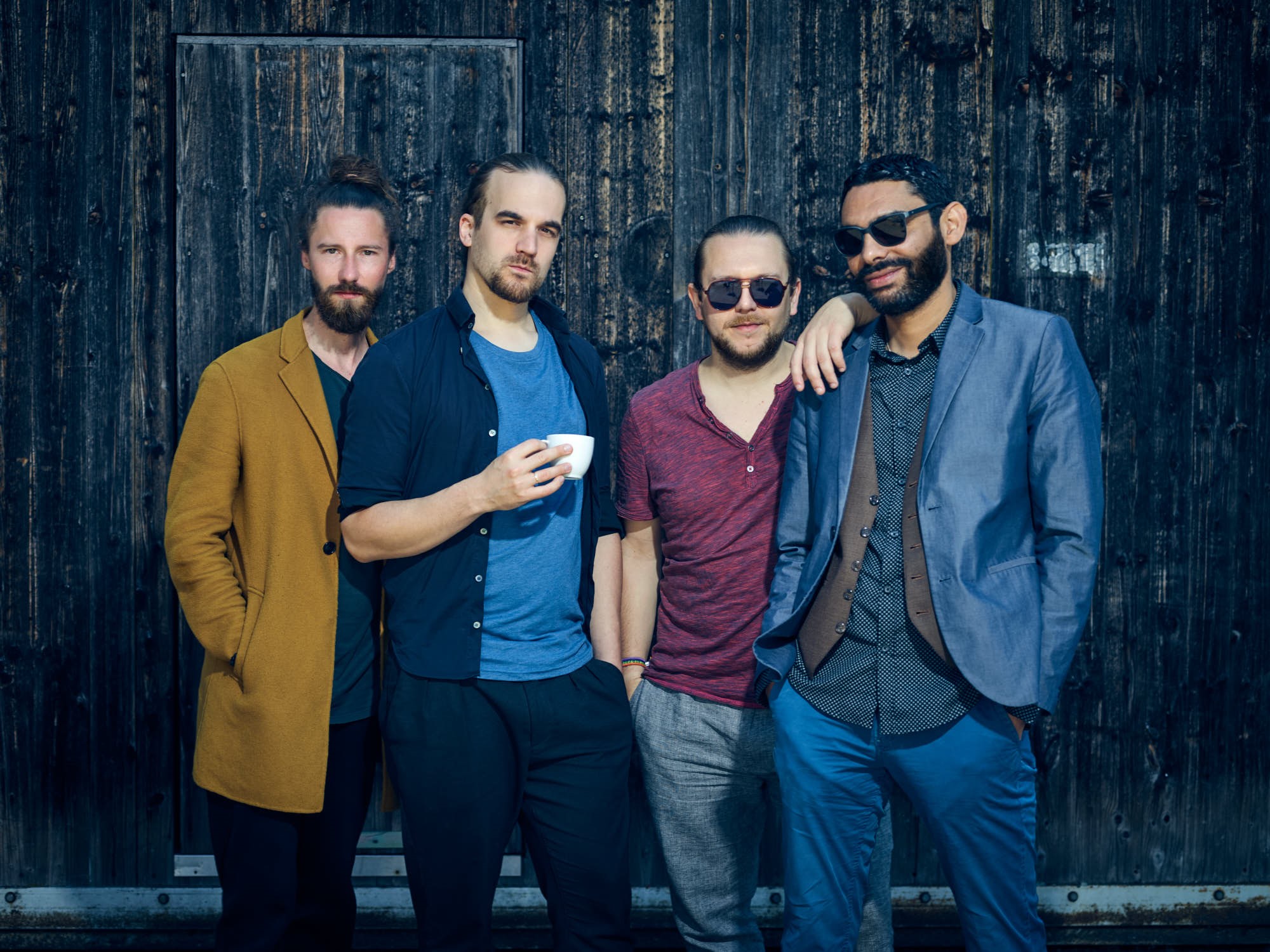 Line up Oud, vocals: Fadhel Boubaker saxophone, vocals: Niko Seibold double bass, vocals: Jonathan Sell drums, vocals: Dominik Fürstberger The German-Tunisian group Beyond Borders in its 10-year history has cultivated a unique sound between European jazz and oriental folklore. For two exclusive evenings, the quartet around the Tunisian oud virtuoso Fadhel Boubaker adapted songs from the 1960s pop culture from Egypt and Tunisia, as well as selected songs by the most famous western pop band of this era. About Beyond Borders Overcoming limits requires courage, creativity and openness to new designs. The four musicians from Beyond Borders combine these characteristics and thus transcend cultural barriers, disregard geographical resistance and social stereotypes. The result is their music, in which they connect the Arab and Western European worlds. The result is a sensual, sophisticated, captivating whole, in which the different from the Orient and Occident become one in a unique way. From October 2018 to February 2019 the new album "It just happens" was released as part of a large-scale release tour through Germany, Switzerland and Tunisia. More information on www.beyondborders.band Videos from Beyond Borders https://beyondborders.band/de/video-2/ Free entry Reservation recommended due to the limited number of places kultur@laudinella.ch. or by phone 081 836 06 03